The Phoenix probe landed on the northern plains of Mars on May 25th 2008, 23:53:44 GMT, at latitude higher than the Martian polar circle. It's main mission is to find and characterise Martian permafrost that, according to measurements done from the orbit, should be located several centimeters below the surface. To do so Phoenix is equipped with an arm with a scoop, several cameras, mini ovens, detectors and many other scientific systems. 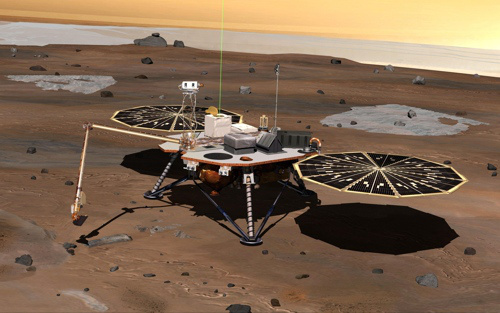 It appears that Phoenix didn't even have to start digging to photograph the ice. It appears that a patch of ice has been uncovered by the landing system thrusters exhaust. However it is not yet determined if it is ice, because the scoop is not able to reach below the lander. Digging with the arm in a different location will give the answer.

The photos shown below can be found among the SOL-8 RAW imagery (SOL is a Martian day that is about 24 hours and 40 minutes long). These are pictures taken by the Robotic Arm Camera that show the ground below the lander. Part of the area is in the lander's shadow, so the science team decided to take 3 shots at different exposure times to get the full High Dynamic Range view of the entire frame. The exposure parameters can be found in the file headers (plain text). 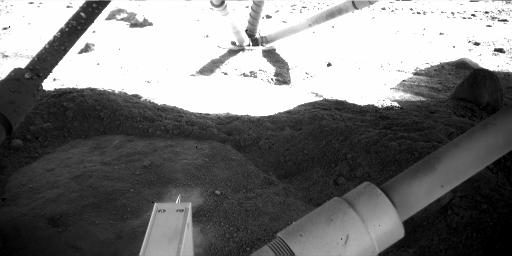 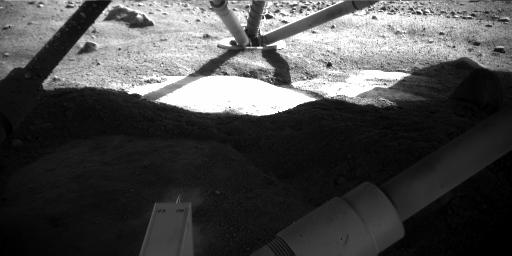 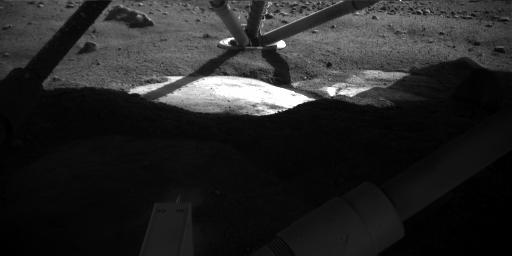 By using easyHDR we can get the tone mapped HDR radiance map of the photographed scene (HDR photo), that contains details in both, shadows and highlights, in a single picture. 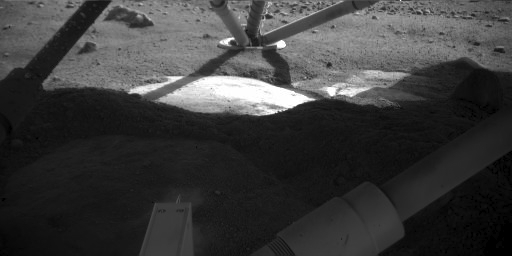 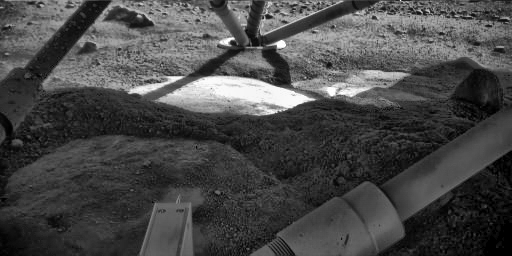 Phoenix mission is led by University of Arizona, Tuscon, on behalf of NASA. Project management of the mission is by NASA's Jet Propulsion Laboratory, Pasadena, California. Spacecraft development is by Lockheed Martin Space Systems, Denver.


Back to the main documentation page